In a time where madmen are stapling asses to mouths, I feel like a movie that centers around feminine debauchery shouldn’t be that significant. Then again, I’m probably more afraid of female sexuality than a psychopath with straight razor.  How could I not be, right guys? It’s something that occupies our minds more than we’re comfortable with and it’s a perception we could never fully comprehend. Then you watch a movie like “Wetlands” and it hits your idea of the female psyche with a sledge hammer.  Plus, I’m sure there’s way more Helen’s walking around than murderous clowns, possessed dolls, or mutant hillbilly cannibals. 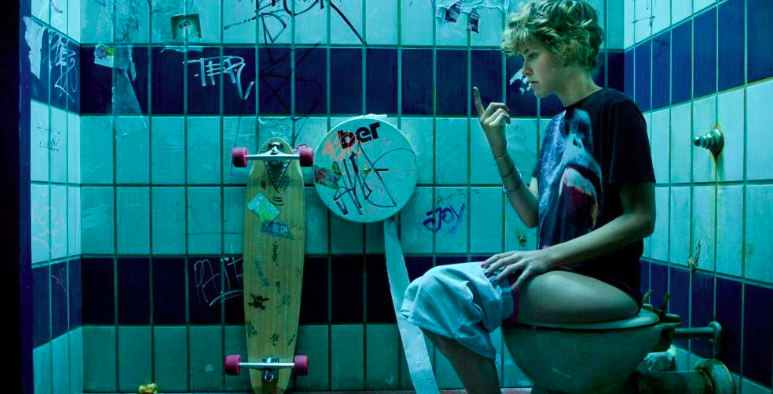 Helen is due for some surgery and she a-okay with that because she’s rather smitten with her nurse, Robin (Christoph Letkowski). He’s a polite young man doing his best to keep her calm and comfortable. The thing is, she is not the least bit subtle in her sexual advances. He has to either humbly dodge Helen’s advances or attempt to keep things professional.

Many other things are going on while we’re in the hospital. We flash back to Helen’s life to get an idea of who she is as a person and we learn that she’s on a mission to get her divorced parents back together.

“Wetands” is so whimsically produced, it’s almost mind boggling. It is so well put together it’s bordering on “Amelie” with asshole tears. It seamlessly transitions to generate a joyous rhythm and its visual style adjusts to Helen’s character arc. The soundtrack also cerebrally throws you around at a whiplash inducing pace. All in all, “Wetlands” is one of the more calculated and well executed movies of the year.

Carla Juri as “Helen” is the bedrock of this film. I know you just read a paragraph about the stunning production value, but Juri is the star of this perverse pilgrimage. She portrays a longing for companionship, but is molded by a rebellious apathy that distances her from her subconscious goal. I imagine that to be challenging for any performer, but here is Carla Juri, taking it in stride. The rest of cast follows suit as multi-layered and damaged human beings. It’s a well versed cast of characters being portrayed by experts of the craft.

This movie is more of a character study than anything else. It displays the result of a disjointed upbringing. Helen is progressive in a lot of ways. She seems comfortable in her own skin and is very accustomed at being a free-spirit. But is she? This is where the movie hits its strongest note. Her mother was so stringent on the idea of hygiene, but then purposely hurts Helen with the lesson of “don’t trust anyone. Not even your parent.” Well, lesson learned. I’ll do the opposite. 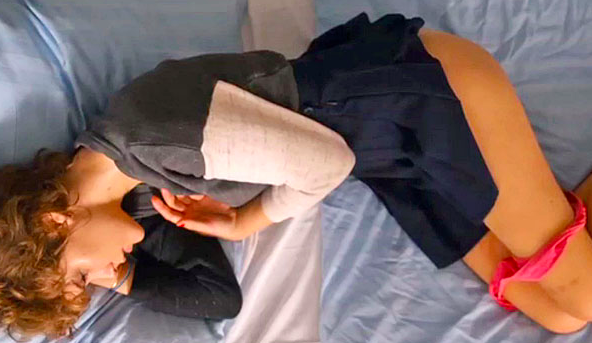 So life becomes a fleeting experiment. How far can one person go to find themselves? Pretty far, but that abyss always looks back. If everything is a product of a passing whimsy, what becomes truly significant? Good question. The caring routine of the hospital sets Helen at a crossroad. It’s easy not to give a shit, but how long will that last before you realize the times, your friends, your family, and eventually yourself have passed you by.  Caring takes some fucking ovaries. Tough tough ovaries ( Testicles are too flimsy and sensitive for an appropriate metaphor).

Well, as much as I like this movie, the ending almost pulled the rug out from under me. It’s bad. It’s not Nymphomaniac bad, but it definitely knocked it down a few pegs. Finding out that the operation was a success, Helen mutilates her anus to continue her stay at the hospital. Then the operation is a success, she skateboards out of the hospital, and confesses her love to Robin. Robin whisks her away and they drive off into the sunset together….

Wait…what? Her plan worked? Why? How? Was that a lucid dream and she’s about to die on the operating table? I’m not saying it couldn’t work, but that ending is going to perpetuate her self destruction, right? Was that the point? I don’t feel like it was. It also happened insanely fast. Speaking of insane, what the hell is wrong with Robin? He knows how much baggage Helen is caring, not to mention the whole tearing-her-anal-fissure-again-on-purpose-thing. I don’t know. This ending took off at least a star and I only have 5.

– Guess where that blood’s from on the featured image.

– According to the novel by Charlotte Roche; it ends pretty much the same way. I  must be missing something.