“Under The Skin” Review

Anyway, “Under The Skin” is the ethereal tale of an alien (Scarlett Johansson) and her mission to…ahhh….ummm…do something with men? Honestly, I’m not even sure if she was an alien. There is absolutely zero exposition other than what you assume from the visuals. Her routine consists of driving around in a van, flirting with men, and then driving them back to her cottage. Once they enter her home/base, they become hypnotized by her beauty. In an infinite pool of black, the men follow her as they sink into the ground to be drained of their essance.

A wrench is thrown into the gears when she (she doesn’t have a name) sets her predator stare toward a severally deformed man. He displays a vulnerability she has yet to experience. With the discovery of sympathy, she sets this man free. Conflicted by her newly found emotions, she runs away from her extraterrestrial obligations. She now wanders the earth, confused by her own persona, while a small group of alien superiors track her down.

Production wise, “Under The Skin” is kind of an anomaly. It has elements of immaculate lighting and camera work, but it’s also dogmatic and raw. The moments inside her…I don’t know…lair…inside her lair are pristinely calculated. However, when she drives around, the images become grainy and dialogue tends to linger. It’s those kind of decisions that force you to never really cerebrally check out. I’m not sure if this was deliberate, but “Under The Skin” seemed to want to establish a rhythm, push it to its limit, and then abruptly break away from it.

Even though there are very few words spoken, Scarlett Johansson does steal the show. It gets a tad tiring once her motives become clear(ish), but once those lines blur, depth blossoms. As for the rest of the nameless cast, it’s one of those scenarios where I wasn’t sure if they were actors or just folks off the street.  Either way, it works. 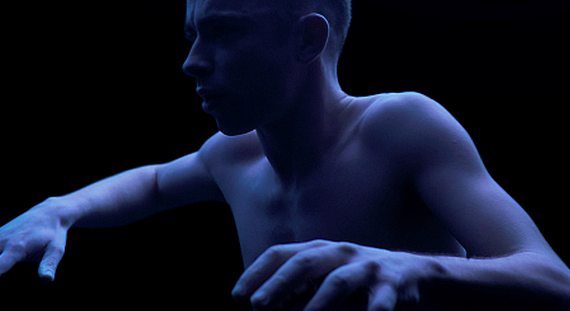 Here’s the deal. This is not “Species.” This is an incredibly pensive and quiet film.  It’s a film you watch for the experience and not the information. The same lady that sued “Drive” because she was expecting “Fast and the Furious” would sue “Under The Skin” because it wasn’t “Species: The Awakening.”*

All-in-all, it’s up to you if “Under The Skin” is a good movie. If you don’t like it, you’ll have every reason to consider it a piece of crap.  There are a surplus of reasons to enjoy this movie and I fall under that category. It’s a well made piece of cinema that’s as ambitious as it is provoking. Is it provoking thought? Not really, but it made me think about thinking and…I guess that’s a good thing…maybe…I can’t tell anymore. Whatever, positive review!