Paul Simon’s 1986 album Graceland is widely considered a landmark artistic achievement and one of the top records of all time. It sold over 14 million copies, won two Grammy awards (including Album of the Year), and introduced South African music to a mainstream audience. This is also one of the more controversial albums ever released. To celebrate the twenty-fifth anniversary Simon went back to South Africa to reunite with the musicians who he worked with and open up discussion again on what artist responsibilities are exactly.

In the mid-1980s, Simon, fresh from his first big commercial failure Heart and Bones, came across a cassette by a South African group called the Boyoyo Boys. The song was “Gumboots,” which he would eventually re-record forGraceland, inspired most by the South African sound. He became infatuated with the music. It was a style unlike anything anyone was creating in mainstream music at the time. He decided to go to South Africa and work with musicians there for his next album. The 1980s in South Africa, however, was a time of great political strife. 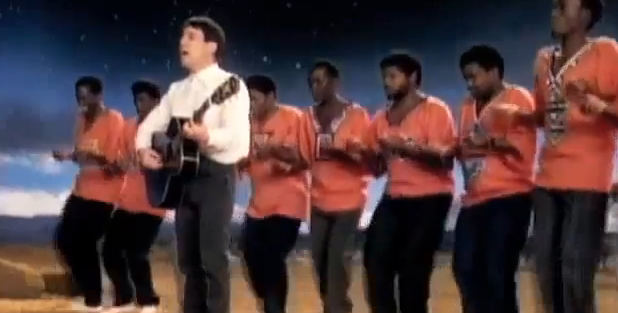 The National Party had been in power since 1948 and Apartheid was in effect. The United Nations had ordered a cultural boycott of South Africa by all, in hopes of ending Apartheid. Simon, however, had the idea for his album set in his mind, so in defiance of the UN culture boycott he went to South Africa for two weeks to record with those local musicians.

This documentary is framed with Simon’s gathering with all the original musicians from those 1985 sessions, but the most interesting scenes are the ones between Simon and Dali Tambo. Tambo was a co-founder of Artists Against Apartheid, and they spent these scenes discussing the importance of art and the responsibilities of the artist. It is clear that twenty-five years later, the two men still do not see eye-to-eye on the subject, but the conversation is an important, fascinating, and respectful one. It is Tambo’s belief that by Simon ignoring  the boycott, he had hurt the anti-apartheid movement. It is Simon’s belief that he was an artist, not a pawn in politicians’ games. 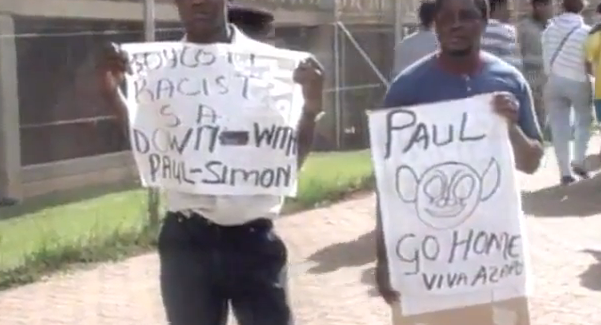 The film, while definitely about the controversy, also documents the joy and experience of making the album as well as what a risk proposition it was artistically and politically. Simon is an intelligent and articulate artist and listening to his creative process and revealing the way the album was made was interesting and enlightening to me. I love films about the creative process, especially when they are honest. This one was both entertaining and revelatory.

Graceland is an important album in many ways. The discussion about the conditions under which the album was made is a part of this. Berlinger, who previously documented Metallica’s recording of St. Anger in the raw Some Kind of Monster, takes a very even-handed and open approach to the subjects. Sure, this is a movie included with the Graceland album, so it tends to side a little more with Simon’s point-of-view on what he did. It takes the issue with a lot of grey area and handles it well without just blowing up Simon’s skirt for 100 minutes though. Those who were critics of Simon and what he did are given their chance to speak along with Simon, and the topics they bring up are thought-provoking and important.