Brian Posehn is a guy to envy. He really is. He writes some pretty cool comics, shows, and skits, is a solid stand-up comedian, and has seemingly made a career by doing what he likes. Not many people can say that. Now you can go ahead and add endearing actor to that list.

“Uncle Nick” is the story of a giant nebbish alcoholic named Nick. He’s doing the bare minimum to keep his deceased father’s land escaping business alive and spends most of his time on his couch. But today’s christmas eve and Nick has places to be! He’s invited to his brother’s home for christmas dinner and he has a reason beyond sibling bonding for attending. His brother, Cody (Beau Ballinger), married a wealthy divorcee, Sophie (Paget Brewster), and her twenty year old daughter, Valerie (Melia Renee), has a lusty gaze for the self destructive Nick. 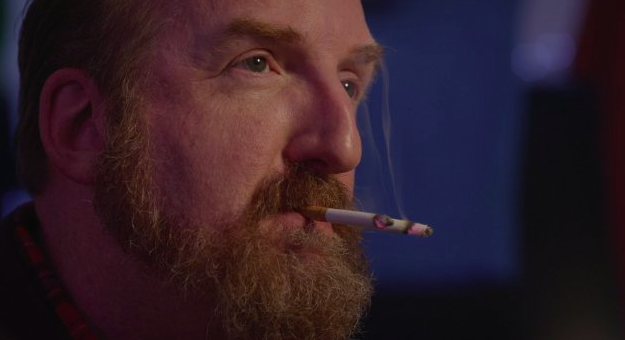 At his brother’s, Nick gradually gets more and more intoxicated as family members arrive.  The atmosphere is uncomfortable from the beginning, so being drunk doesn’t really hinder the festivities. And to his surprise, Valerie does have an interest in Nick.  It’s most likely due to Nick’s non-judgemental devil-may-care lethargy, but he may also treat her like an adult and not a child.  Once all the family members arrive, the onion of truth starts to peel back it’s layers. As it turns out, Nick is a depressed alcoholic for a good reason; he’s responsible. He’s had a recent traumatic loss in his life,  is the only person that takes care of his mother, and keeps his father’s landscaping business afloat.  Cody seems fairly care free because he gave up on responsibilities and damaged a lot of people in his wake. Then it gets worse.

As the story plays out, we are shown clips from the infamous 10 cent beer night riot at Cleveland stadium. It parallels the bubbling catastrophe that’s about to pulverize this family. Since the vast majority of “Uncle Nick” takes place in one location, it’s nice to change the scenery every few minutes.

“Uncle Nick” isn’t the sleazy laugh factory it initially portrays itself as. It’s more of a difunctional family drama with sprinkles of cynicism induced chuckles.  That’s where the film hits its stride.  Since the film is located to one night and mostly one location, the characters are forced to make some quick dramatic turns. Having a fairly flushed out family history is helpful as we can be reintroduced to these characters as more is revealed. 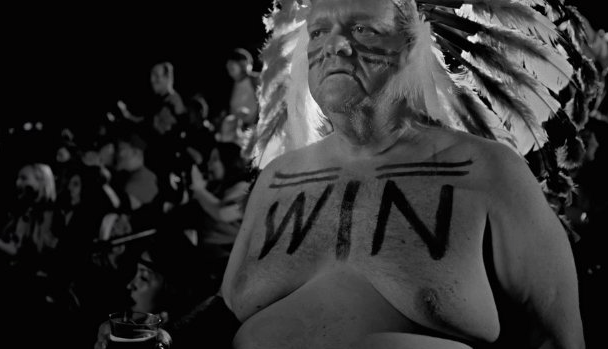 When it comes to production quality, “Uncle Nick” does the best it can with very little. Assuming there was a limited budget, “Uncle Nick” stays visually appealing by shifting gears every few minutes. Nick’s narration is treated like a frontline documentary and the Cleveland baseball game is a high frame rate black and white collage. This helps. This helps a lot.

All in all, “Uncle Nick” is a solid anti-christmas flick. It meanders a bit with it’s narrative, but that’s a means to an end rather than padding for time. My only real complaints are due to it’s restrictions. I’m sure with more time and an inflated budget, this would be a slick christmas flick. It’s characters are rich and well performed, its narrative is well structured, and it’s more about the people vomiting than the vomit itself. Good for you “Uncle Nick.” You knew what was important.