jason November 29, 2017 Comments Off on THE DCEU – A Retrospective

In 2005, a somber yet ingenious filmmaker transitioned himself from cerebral character dramas to a mainstream comic book property. He incorporated his well-honed craft of erudite and intricate storytelling to the one character that starved for it; Batman. Eight years removed from the campy antics of Tim Burton and Joel Schumacker, Christopher Nolan gave us a glimpse of what the cape crusader would look like in world a stone’s throw away from reality. And with “Batman Begins,” Nolan unknowingly lit the fuse to one of the medium’s most notorious yet fascinating debacles; The DC Extended Universe.

A lot of moving parts had to come together for the DCEU to emerge. DC’s comic book rival, Marvel, had to kick-start a comic-book cinematic universe. Jon Favreau’s “Iron Man” debuted in 2008 and hinted at, not just a sequel, but an entire pantheon of comic-book characters sharing a macrocosm. Universally liked and globally profitable; Marvel President, Kevin Feige, envisioned a series of movies interweaving Marvel characters culminating into massive tentpole crossover films. The Avengers imprinted itself on a new cinematic landscape. It was an incredible accomplishment in storytelling, structure, and business.

With the massive success of Nolan’s Batman trilogy and Marvel’s revolutionary groundwork, DC saw the potential in their schoolyard of characters. The next logical step was Superman; The most iconic superhero of all time. A retrofitted Superman movie in this fledgling resurgence of Super Hero movies was a no-brainer. It was time.

Attempting to distance themselves from Marvel’s light-hearted aesthetic, DC tied a loose tonal thread between Nolan’s Batman universe and their upcoming Superman film. They recruited Zach Snyder to direct the indomitable last son of Krypton. He was known for adapting gritty R rated comic-book material with “300” and “Watchmen, ” but also injecting fresh lifeblood into zombies with “Dawn of the Dead.” He had critical and box-office appeal along with a kind demeanor. He was a solid choice.

Snyder produced a serious and introverted Superman movie under the guise of “Man of Steel.” A usually vivid and hopeful reflection of humanity was now a doubtful and violent alien. Audiences didn’t respond well to the new direction. Reviews were mixed at best, and the enthusiasm at the box office quickly evaporated. 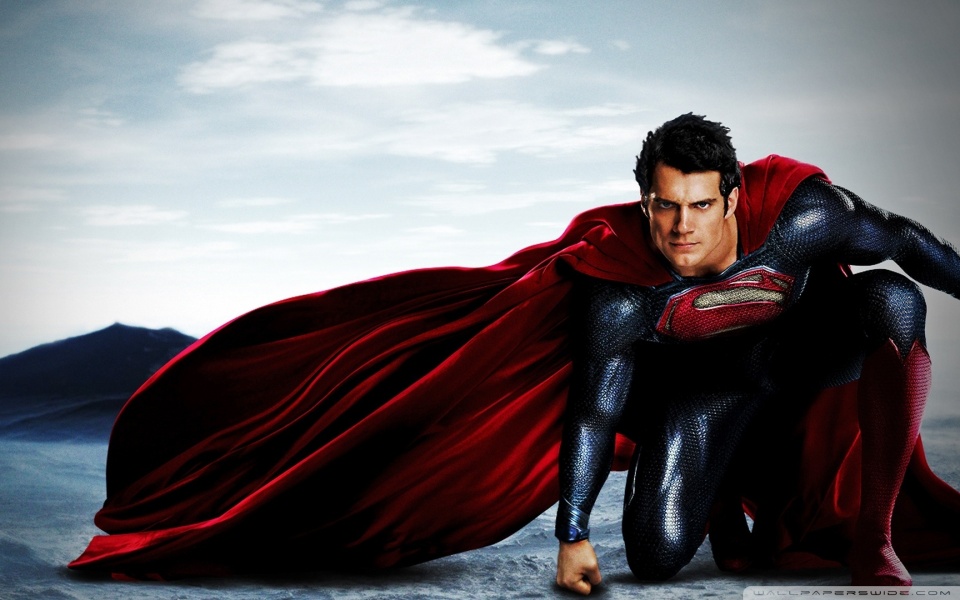 Plans for a “Man of Steel 2” were flung aside for a more tantalizing “Batman Vs. Superman” movie. With Snyder attached, DC reportedly offered Nolan’s previous Batman, Christian Bale, 50 million dollars to reprise his role. It was a pie-in-the-sky offer that would marry the two franchises, piggyback off the recognition of the Nolan trilogy, and set a concrete framework for their amphibolic vision. Also, it would predate Marvel’s cinematic universe by three years.

Bale declined, and the extensive search for a new batman began…zing. Anyway, with the internet swarming with “what-ifs,” Warner Brothers chose Ben Affleck. No one saw that coming. Being known for his dead-eyed performances and his insufferably flat portrayal of the critically gutted Daredevil, Affleck was an odd choice. At this point in his career, he just won an Oscar for “Argo.” A film in which he directed. His career trajectory looked to be producing resolute dramas and not spearheading a comic book franchise.

DC double-downed on their original mission statement. They produced a gloomy and philosophically convoluted “Batman V Superman: Dawn of Justice.” In one movie they attempted to crowbar in everything to right the ship of the DC barge. All the film had to do was be a sequel to “Man of Steel,”
reintroduce a reinvention of an already established Batman, kill Superman, get back into good standings with audiences and critics, and segway into DC’s ensemble of superheroes; “The Justice League.”

Financially, the movie did well. It wasn’t the worldwide record breaker the studios were hoping for, but it did place 7th in 2016’s money makers. Number 1 was Marvel’s “Captain America: Civil War.” The preparation was already in place for a stand-alone “Wonder Woman” film, “Suicide Squad,” and “Justice League.” In fact, Zack Snyder was directing “Justice League,” and they began filming almost immediately after the release of “Batman V Superman.”

Unfortunately, “Batman V Superman: Dawn of Justice” was an incredibly divisive film. Critics and fans tore into its departure from the source material and dreary depiction.

That same year came “Suicide Squad.” A collection of DC villains forced into defending the world from…I don’t know…other members of the suicide squad? An early teaser trailer displayed more of the same. Bleak themes and imagery on an already contentious canvas. Seeing the critical backlash, Warner Brothers ordered reshoots to lighten the mood. A new trailer depicted a devilishly fun romp with a Queen laden soundtrack (most likely capitalizing from Marvel’s dark horse; Guardians of the Galaxy).

Pretty much to the same result, “Suicide Squad” did well financially, but was lambasted by critics and fans. Reshoots along with having several cuts of the film amalgamed together left a hodgepodge of disjointed themes and unfulfilled character arcs. 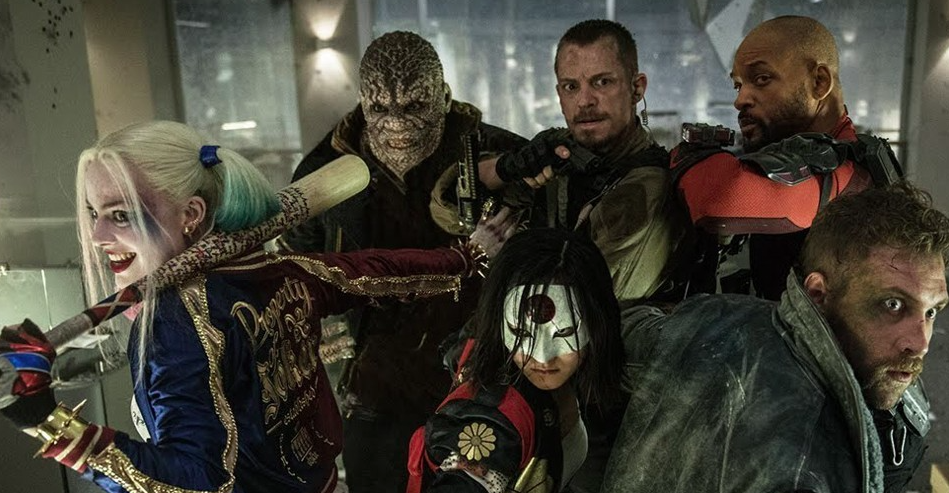 Then came the pallet cleanse DC was longing for in the name of “Wonder Woman.” Less of a narrative extension to the rest of the DC films, “Wonder Woman” was a stripped-down origin story. With a pleasant atmosphere and a message of hope instilled since the first day of production, “Wonder Woman” was a critical and commercial achievement. Director Patty Jenkins, known for independent character dramas, seemingly unearthed the DC aesthetic.

Too bad “Justice League” had been filming on the assumption “Batman V Superman: Dawn of Justice” was going to be a groundbreaking hit. Early footage showed subtle attempts to include comedic levity, but it looked as if we were in for more of the same. Reshoots were ordered, and Joss Whedon was hired to write the interstitial scenes.

After a family tragedy, Zack Snyder stepped down from the reshoots, and Joss Whedon filled the directing void. With the experience of “The Avengers” and a knack for servicing fans, Whedon looked to be the person to unlock the potential of “Justice League.”

At least two months of reshoots took place, and that ballooned the budget to over 300 million dollars. Some actors even moved on from the project and returned under less than ideal circumstances. Ben Aflleck openly does not enjoy working out to attain a Batman physique, and Henry Cavill was shooting “Mission Impossible 6” where his character had a mustache. I’m not sure of the importance of this mustache in MI:6, but Paramount won their bid to keep the facial hair. That legal triumph forced Warner Brothers to remove it from “Justice League” digitally. So, there is raw footage somewhere in a Warner Brother’s vault where Lois Lane professes her love to a mustached Superman.

“Justice League” was the lowest grossing opening weekend for the DCEU. In a world where a third Thor movie can be a critical and financial success, “Justice League” was neither. A movie that was supposed to be the culmination of beloved characters and set the tone for the future of the franchise floundered in every measure of achievement.

With their previous failings, “Justice League” seemingly attempted to course correct their tentpole film into a less divisive environment…in post-production. The color grading transitioned from a high contrast and dark portrait to a brighter and vibrant color pallet, humor was forced into almost every scene, and the runtime was just around the two hour mark. With a mishmash of visions, there seemed to be a clear distinction between the direction of Zack Snyder and Joss Whedon. 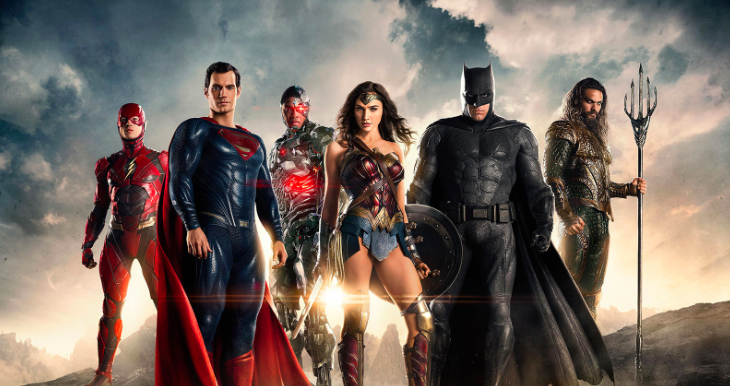 Now, with the future of the DCEU in flux, but existent (an Aquaman movie will debut in 2018) the question of how to move forward lingers. With Ben Affleck in negotiations to exit as Batman, Henry Cavill contractually obligated for one more appearance as Superman and the monetary loss of what was supposed to be DC’s masterstroke; the future is fascinatingly shapeless.

I am not writing this to suggest solutions to the DC cinematic universe or to lambast their products or decisions. There are a great many fans of what DC has produced, and their reasoning is just as valid as to any of mine. This article is merely an editorial to something I find infinitely fascinating.

If there was one lesson to be learned, it’s that a clear and unbiased vision, from the beginning, harbors the greatest potential. But I’d still like a “Swamp Thing” movie.