It’s not necessarily a bad thing to assault the senses. The last ten minutes of “Requiem for a Dream” attacks you to display the consequences of addiction. In terms of story telling and impact, Requiem’s assault enhances the experience.  I didn’t really understand “The Alchemist Cookbook,” let alone the purpose behind some of its creative decisions. “The Alchemist Cookbook” tells the story of a reclusive loner attempting to contact satan through alchemy. I’m not entirely sure why he wants to talk to the devil, but he’s pretty adamant to do so. He does take anti-psychotic medication, so it may be a way to confront his schizophrenia. Either way, “The Alcemist Cookbook” is riddled with lingering scenes of our protagonist eating junk food or abrupt edits with blaring audio.  That’s all well in good if it complements the story, but the narrative seems to meander around with no clear goal. I liked the idea, but the script seemed to be written as it was filmed. If there was a solid script before hand, it’s a weird angle to shoot for. 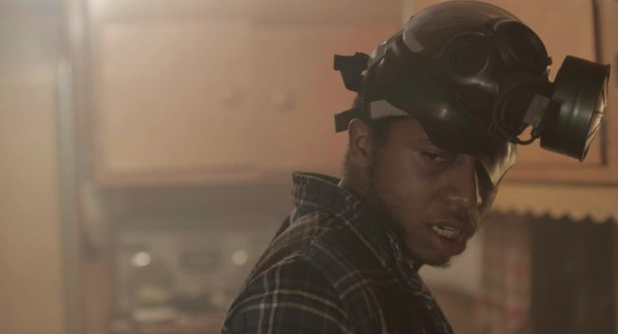 I heard the diamond in the rough at this year’s Sundance was “Under The Shadow.”  It felt weird seeing an in-competition movie that previously screened at a major festival. It’s like knowing your birthday present was a re-gift. It’s still awesome, but the excitement is a bit dulled. Either way, “Under the Shadow” is the supernatural thriller about a mother and daughter attempting to live in a war ravaged Tehran. There are daily bombings and their building is always in a state of alert. As tensions of political strife tighten, Shideh (Narges Rashidi) starts hearing and seeing strange activity in her apartment. Her daughter, Dorsa (Avin Manshadi), makes contact with the spectre and the horror quickly escalates.   As far as horror movies go, “Under The Shadow” doesn’t explore new territory, but the narrative, production, and performances are all incredibly impressive. “Under the Shadow” is a wonderfully produced film with some genuinely impressive performances. The war torn surroundings set a pernicious atmosphere and the solid character work lets the scares strike from a place of vulnerability.

I was shocked when I brought up the moon landing and a very good friend of mine said something like “you don’t actually believe that shit, do you?” With the saturation of bombastic television programs and easily accessible internet conspiracies, the concept of the moon landing being fake is just as present in society as it being true.  “Operation Avalanche” is an intricate found footage film about faking the moon landing.  The story takes place in 1967 and four CIA agents discover that NASA is unable to land on the moon. Our four leads are then assigned to stage the Apollo 11 moon landing. Much like Matt Johnson’s brilliant “The Dirties,” ‘Operation Avalanche” starts as a wacky parody of the found footage genre but then dissolves into a dramatic tragedy. Some subject matters can only be funny for so long and “Operation Avalanche” is a testament to how spectacle can quickly get out of hand…much like actually conspiracy theories…and Donald Trump. 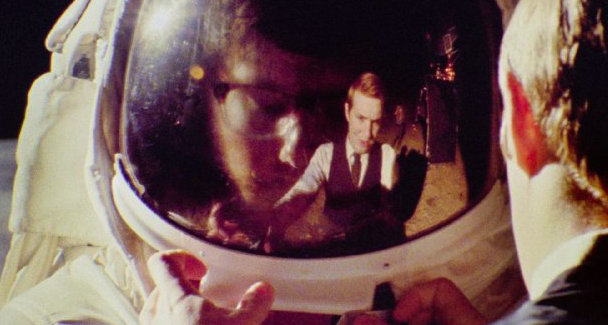 When the internet myth of the Slenderman hit, it hit hard. There was a creeping fear and captivating mystery that surrounded his lore and I dove in head first. I played “Slender,” watched youtube videos, and even made some fan art. It was fun. It was like an unspoken competition for artists to produce something so unapologetically convincing that the viewer would question its authenticity. As fun as this was, it was only a matter of time before someone blurred the myth with reality. The HBO documentary “Beware The Slenderman” investigates the stabbing of a 12 year old girl by two 12 year old girls. When questioned, they both responded that they were trying to appease Slenderman. This is a fascinating documentary on the impact of the internet on the mind and the pathology of young murderers. There’s no real finger pointing on whom to blame but more of an expose on the two girls, their families, and the Slenderman meme.  Anyone can publish anything on the internet and brand it as fact, so we can choose what we want to believe instead of believing what’s actually true.* 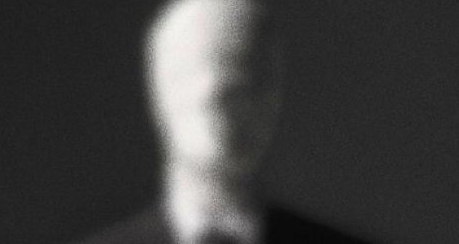