I have to be honest, I was a tad disappointed that this wasn’t a documentary about the man who posted the “Safety Not Guaranteed” ad. My first experience with the ad was on YTMND.com. YTMND.com was a website that had some flash-in-the-pan success in the mid-2000’s that compiled loops of comedic clips and spoofs. It’s still great, so check it out if you want to up the ante on your procroastination.

“Safety Not Guaranteed” stars three magazine journalists investigating a newspaper ad that reads: “Wanted: Someone to go back in time with me. This is not a joke. You’ll get paid after we get back. Must bring your own weapons. I have only done this once before. Safety not guaranteed.” Jeff (Jake M. Johnson) is the negligent boss, Amau (Karan Soni) is the meek and innocent intern, and Darius (Aubrey Plaza) is the kind-hearted loner intern with an edge. The person they’re investigating is Kenneth (Mark Duplass). He’s a paranoid grocery store clerk with a strong moral compass and a questionable mental state. He’s also determined to travel back to 2001. 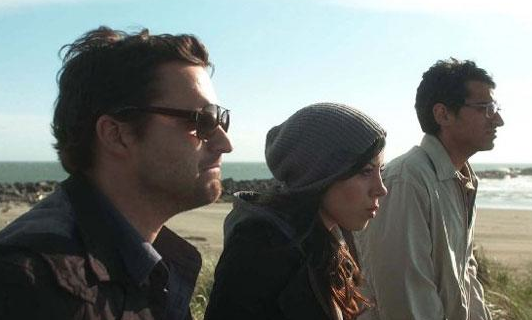 After Jeff fails at answering his ad (he just didn’t have enough passion in his eyes for Kenneth), Darius is successfully recruited by Kenneth. Together, they train for the mission. They shoot guns, practice self-taught karate, and run around the woods (keep in mind, they’re going to 2001 – why all the weapons?). Kenneth also seeks the aid of Darius to steal some materials from a laser engineering center. He hasn’t actually finished the questionable time machine, and fears that the FBI is out to stop him. The more Darius trains with Kenneth, the stronger their bond becomes – but that just increases the mental stress of Darius’ deception.

This is a shockingly adorable movie. Even now the concept is a tad radical, I totally believe that people like these characters are running around right now. They’re not cookie-cutter archetypes that are normally seen in romantic movies and TV: they’re awkwardly complex and confused by their own emotions. It’s a nice change of pace for a movie journalist. Usually, movie journalists are hot-headed, type A personalities that just walk under police caution tape and have David-Mamet-like banter with detectives. Not here. I’m assuming Amau would die if “LA Confidential” Russell Crowe looked at him. 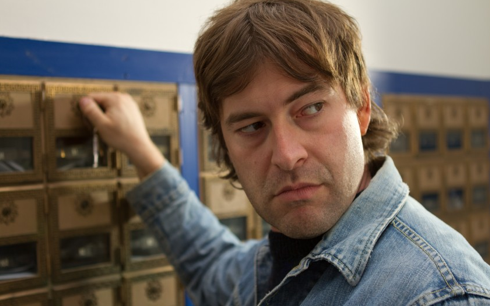 All-in-all, I had very few problems with “Safety Not Guaranteed.” It was just all kinds of wonderful. The performances were pleasant, it was awkwardly funny, there were real emotions being thrown around, the writing is tight while leaving room for personal conclusions, and it was just well made. The direction was simple, to the point, and just right for the material. I actually did have some complaints, but that’s just me being uptight about time travel… which you’re about to read… right now.

IF YOU READ BEYOND THIS POINT YOU WILL READ SPOILERS!!!

They mother fucking time travel! The entire movie says Kenneth is a fruit cake, but never actually shows him working on the time machine. But when the crew walks into his garage, you immediately get the sense that Kenneth is very serious about this leap in time and space. The movie had the ability to make me believe that idea of time travel is absurd, then quickly rethink that idea, and then actually time travel. That’s pretty impressive.

In the beginning of the movie, Kenneth talks about time travel and the fact that it creates alternate histories a-la the new “Star Trek” and not like “Back To The Future.” He wants to go back in time to save his old girlfriend and change history. If the idea of time travel in “Safety Not Guaranteed” creates alternate realities then his mission wouldn’t work, for he would only be saving his ex (or just trying to save the relationship) for an alternate Kenneth in that timeline. He won’t be able to change his own history… my God… I’m sorry for wasting your time.