Today we’re going to take a listen to the band’s third album, which apparently was in the works for about five years. The one page I got from their PR contact uses a lot of whimsical words – including whimsical – to draw you in. “Elegant,” “lush landscape,” and “cinematic chamber orchestra” are just three that stick out to me off of this page. It looks like, if nothing else, we’re in for a variety of sounds, all of them interesting. 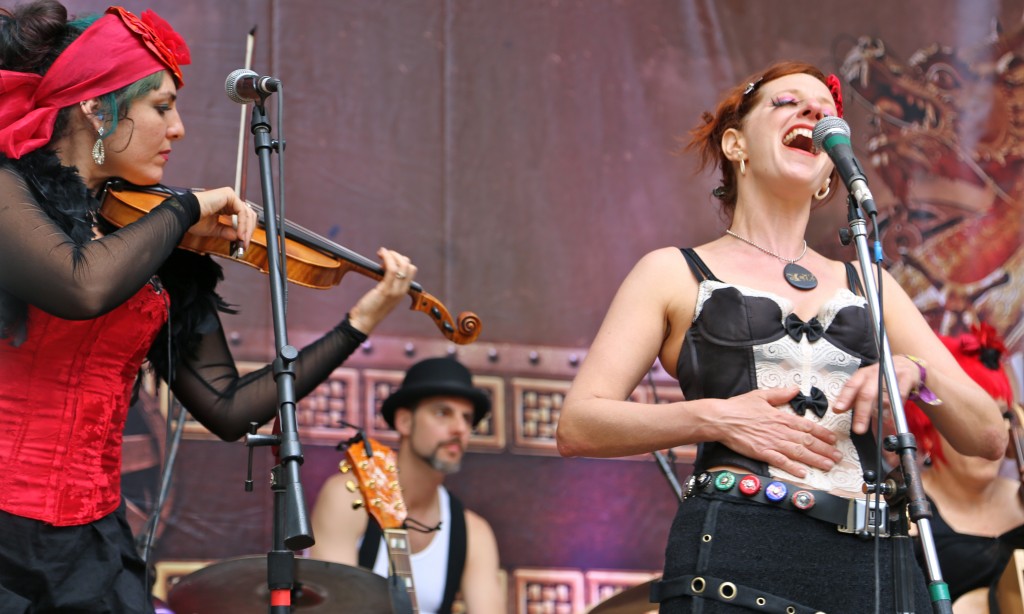 “I Found the Gold” starts things off in a darker mode for sure. The vocals take us straight down this twisting path that leaves me thinking this will be nothing less than a fascinating listen. Then… okay, this jazz-like drum beat comes in and definitely brings about the lounge sound, but in such a different way than I think any of us could have expected. I mean it’s a bass drum – not a piano – that’s creating this mood. What??

And then… well then, we get “Magpies,” which you have to admit that, in title alone, will make you giggle a little bit. The song itself really does take in so many elements and somehow makes it all work. You’ve got a trumpet and xylophone-family instrument playing call-and-answer for a bit, and a group of singers who are clearly reminiscent of the Andrews Sisters of yester-year, doing it in a modern, beautiful, and unexpected way. THEN there’s a western-showdown-style guitar bringing you in to the final two minutes. Whatever notion I had of music that made sense is now probably gone.

Who is does this enchanting voice belong to? I haven’t heard skating this good since “The Fresh Prince” when the Phil and Viv are heading to the Jazz festival. “Notes and Dames” is a faster-paced, more mystery-based sounding song. It’s funny to me that I can classify some of these in terms of literary genres, instead of musical.

“Stay” takes us back down that darker sounding path, with everything just a bit more deep and insane than the previous songs. It’s got a possessive tone to it, with the sound almost seemingly rooted in some kind of dark magic that, while frightening, is something you just can’t manage to stay away from.

I’m getting into “House of Roses” as I’m getting ready for bed, and the spoken words at the beginning, complete with old-victrola-quality-sounding recording, are probably going to keep me up for a little while. This one, if you couldn’t tell by the mood of the album and the song title itself, is like a ride through a haunted carnival. There’s something inherently beautiful in the sound though. Though the “I love you – do what I say” line strikes me as a little off-putting. 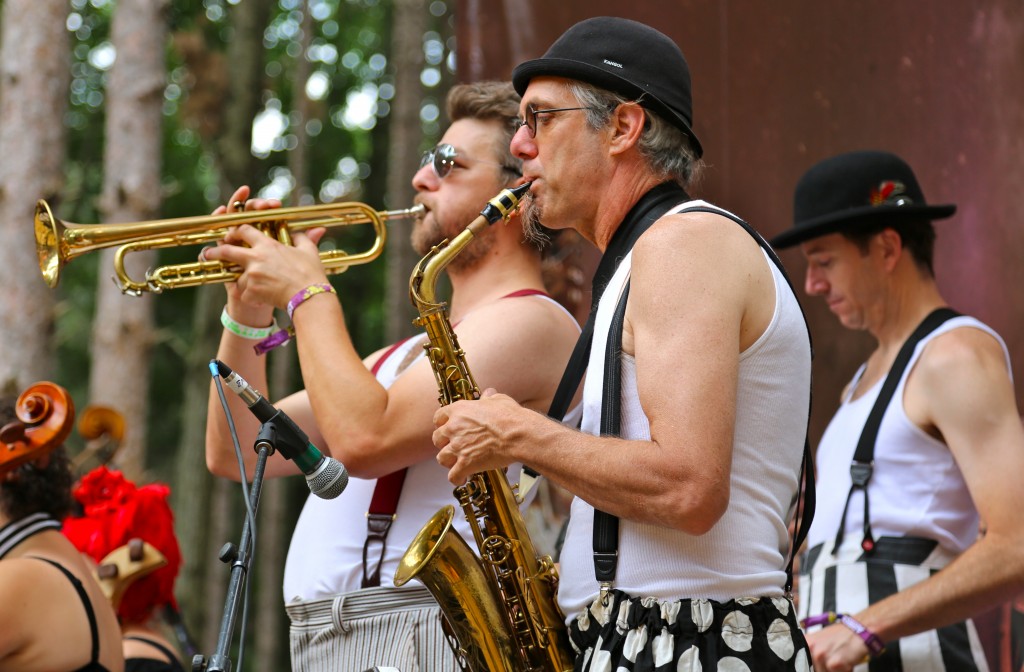 “Lo Que No Sera” comes in menacingly… well, a softer term for that, but you know what I mean, maybe. It actually sounds like the build up for a big Broadway number. Those background vocals are still blowing me away with their precision and pitch accuracy. I’m just unbelievable impressed. Then there’s the strings in this one, which are really what throw the most tension into the whole number, making your spine tingle just a little bit.

They ended the last song singing about opening the window, then “Water, Don’t Talk to Me” starts with the same theme. Interesting transition. This one builds with many voices, creating a whole story through the sound. The lead is the girl in the story, but there are clearly voices around her that influence the decisions and outcomes. Vocally, this sounds like it could be a real challenge, especially with the builds and drops, not to mention extreme breath control in some spots. Just lots of ‘wows’ once again.

“Arrow” is sinister in its approach. The strings are going just quickly enough to build the anticipation, with the voice going up and down, taking you on the journey around and around. This is about it until the familiar lounge sound comes back in around the two minute mark. Voices begin to layer again and the beat picks up just enough to be entertaining and sweet. Granted, some of those chords they’re hitting are still a little crazy (I mean that in a good way), but this is a cooler sound.

And we’re brought deeply into “Peacock Aria.” It really does have that slightly more classical sound to it, at least of something from another world that we, sadly, don’t know of here anymore. Of course, a lot of this album has that sort of way about it. It’s just something your ear isn’t accustomed to. This has a more minor sound throughout, like you can feel the singer swaying with her eyes closed during the instrumental moments.

“Sing Me Malaise” takes us to title track time. It comes in so low I can almost barely hear it. It’s almost entirely the lead vocalist, but I hear a hint of something backing her… somewhere. Wow, this song is over six minutes long. As hauntingly beautiful as this voice is, I’m hoping something picks up, because this is going to be hard to endure for that long. Oh, ask and you shall receive – there’s the strings and drums and beat picking up to a slow, steady lounge song. If you listen in to the song later on, you’d almost be surprised it’s the same number. But there we go again, slowing down, then picking it back up to the chorus. Really an impressively put-together song.

Are they singing “radiator, pour a drink?” Man, I need better speakers. Anywhos, “Salacious Claque” comes in like something right out of “Boardwalk Empire.” It’s slinky and swanky. The horns take on much more of a definite role on this one. And the male voices that drone in… well, they sound like they would be so cool and interesting on their own, but I have to say that mixed, the sound gets a little messy. The instrumental part is really interesting, and completely deserving of a dance number. I don’t know about this one as a whole though. It’s just not doing it for me and I’m a little ready to move on from the sideshow.

This final song is a little out there, but I came to expect that, especially given the title: “The Zookeeper’s Awakening, or, the Remarkable Transgression After Hours At the Zoo (a Drinking Song for Animals).” See, now you get it too. There is a pleasant sing-along part that really does make it a drinking song. Seriously, this could work in a pub with absolutely no problem at all. It’s a good time and a good end to an album that has thrown me for a loop in some of the best ways music can.

Wow, what an album! I really would love to go back and re-listen to this, because it’s some of the most interesting and intriguing music I’ve ever heard. The sound is different and elusive in such a cool way. The use of this variety of instruments is amazing, but even more noteworthy is the use and mix of voices. There are things happening here that… well, I can’t even place my finger on where you’d hear them in another circumstance, that’s how different they are. This is a band that is worth taking a listen to, because you are going to be blown away by how different and fascinating their music really is.