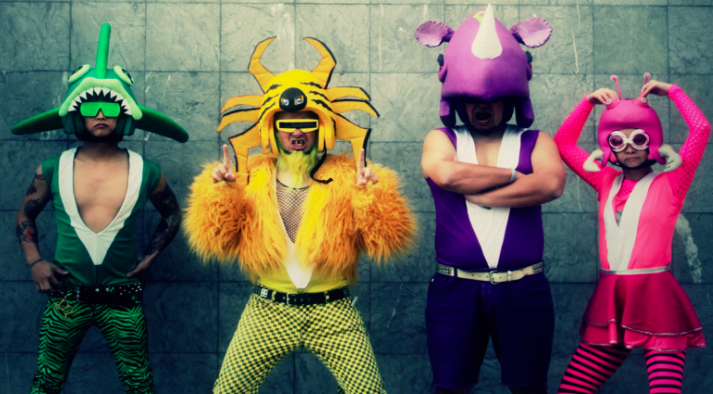 As the speed of technology hastens we, as an audience, are bombarded with a sea of brilliant talent. With boundless access to almost all forms of media, we can pretty much instantly fulfill our whims . Since the artistic market has become so available, the window for relevance shrinks. I can’t tell you how many three piece bands I’ve seen with a guitar, a bass, and a drummer or how many DJ’s I’ve heard drop a beat. The majority of them are extremely talented and they practice with a passion just as furious as any other successful band. Quality isn’t necessarily a saving grace and unbridled theatrics is needed to define an identity.  Just last week, I saw a metal band with a Goblin hype-man. Anyway, I’m drifting.

“Peelander-Z” is a vibrant Japanese punk band that is just as theatrical as they are musical.  Their lead singer even admits that there are so many talented musical acts that they need to create a thrilling experience to stand out. So, along with rocking out, Peelander-Z will perform human bowling, have a monster unicycle, and hand out drum sticks and pans to the crowd. Their gimmick is they’re from a different planet and they satiate their alien biology with the smiles of their audience. There’s no doubt that a “Peelander-Z” live show is infinitely more fulfilling than their album or music video. It’s also clear that being a member of “Peelander-Z” is exhausting. 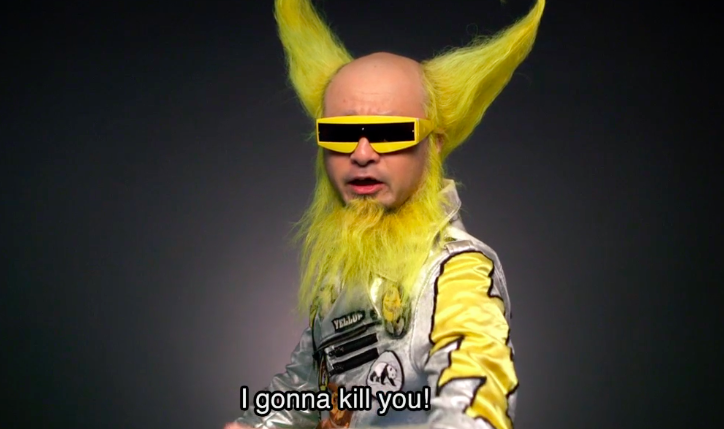 They have actual names, but they refer to each by their characters. Yellow’s the creator and lead singer, Pink’s his wife and back-up vocals, Green is the drummer and most musically inclined, Red’s the bassist and insane on stage acrobat, and Purple’s the new guy taking over Red. Red’s been apart of “Peelander-Z” for quite some time and he deems it time to retire from the band. He has aspiration to open a venue where he can have bands perform. Yellow may be incredibly demanding but he wishes him the best. Since “Peelander-Z” is fuelled by a collaborative passion, any disruption deteriorates its ability to perform.

“Mad Tiger” is about a lot of things, but above all, it’s about friendship. Every moment of Yellow’s life is devoted to “Peelander-Z.” So when the band is compromised, so is Yellow. Off stage, Red is a humble rock to Yellow. Shortly after Red’s departure, Green and Purple decide to call it quits. To be in a band like “Peelander-Z,” it takes all of your focus and energy. You can’t really have a family, hobby, or social life.  Red’s monstrous ferocity on stage can only last so long. It’s a harsh reminder to Yellow that he can’t be Yellow forever. 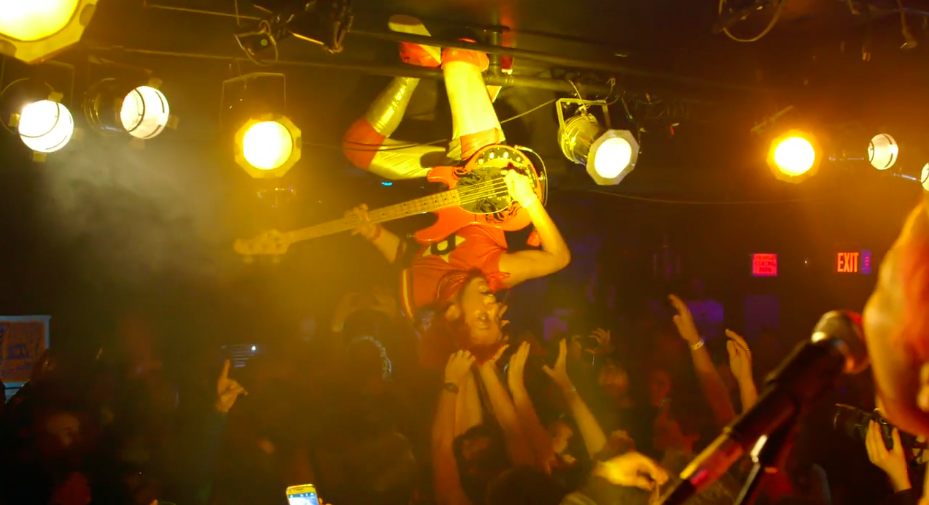 Production wise, “Mad Tiger” is a wonderfully constructed documentary. The action is well covered as the director’s had enough foresight to be at the locations before the band arrived. This sounds goofy, but it’s important to be enveloped in the world of “Mad Tiger.” Since the band members constantly wear vibrant colors, the locations are usually wacky music venues, and the camera operators are talented,  the visuals are lush and gorgeous.

The thing this documentary gets so incredibly right is finding the humanity with a potentially over-the-top story. The sincerity in the band’s vulnerability is compelling but it never wanders into behind-the-music-these-people-are-actually-horrible territory. From what I saw,  I liked Yellow, Red, Green, Pink, and Purple. They seemed like genuinely passionate and wacky folk.  From beginning to end, “Mad Tiger” warms your heart and it never exploits the band’s emotions or wackiness. Great documentaries can exude empathy, instead of merely recording spectacle, and “Mad Tiger” is a perfect example of the medium.