“Headhunters” is an entertaining enough foreign important that I wish had excited me more than it actually did. Don’t get me wrong, I was enjoying it while I was watching, but with every twist and revelation I remembered the previous one and thought: “wait… what?” On my ten-minute walk home after watching it, the movie started to fall apart.

Aksel Hennie plays Roger Brown, a diminutive headhunter who recruits for large corporations. He lives in luxury with a tall blonde wife on his arm and a slick sports car in his driveway. His job as the best headhunter in the business, however, just isn’t enough to support his lifestyle, so he moonlights as a thief of rare and valuable art (of course!). How he got into this very specific  part-time job isn’t very clear but it has paid off well for Roger. Using his legitimate job as a way to probe into the lives of rich art collectors, he sets up meetings for them and then sneaks into their houses when he knows they won’t be home. 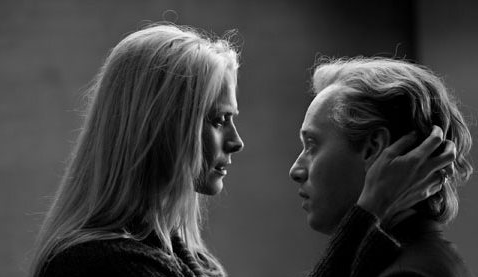 As with all heist films everything in the perfect plan isn’t as it seems, and Roger gets a bit over his head when he meets special forces commando-turned-corporate CEO Clas Greve, played by “Game of Thrones” star Nikolay Coster-Waldau. It turns out Clas just happens to have inherited an extremely rare painting that was thought to have disappeared during World War II AND needs a job running a company! Not sense any kind of danger, Roger leaps at the chance to place Clas in meetings while sneaking into his house to steal the painting. With that kind of a coincidence, what could possibly go wrong?

So begins a game of cat-and-mouse with Clas hunting down Roger. There are plenty of twists and turns and double crosses, as are standard in any self-respecting Thriller and some of them make sense – but many do not. Take some scenes on their own, however, and the craft cannot be argued. The directing is solid and doesn’t resort to chaotic camera work or fast cutting to get us to feel Roger’s heart pounding in his chest as he tried to outwit Clas. Everything is revealed in the end and everyone’s motives are explained, but they don’t necessarily make total sense. 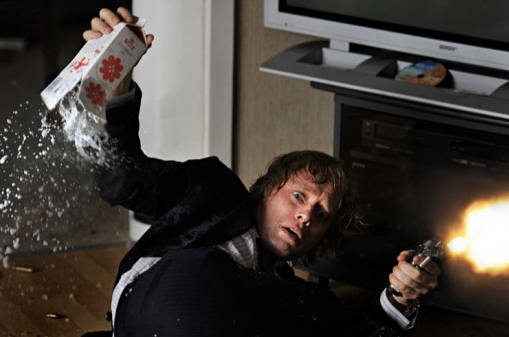 “Headhunters” follows in the Scandinavian thriller tradition of “The Girl with the Dragon Tattoo” by crafting a sleek and stylish thriller. It entertains while you watch, but give any of the twists and plot developments more than a fleeting thought and the movie does no hold up. The movie is well-crafted – the directing and acting are top-notch, but in an effort to keep you guessing, too many illogical plot twists are thrown in. I anticipate the mediocre American remake starring Joseph Gordon-Levitt and Bradley Cooper within two years.