Sometimes plots for movies just shouldn’t be movies. Well, at least in the typical sense of the word “movie.” Sometimes a movie should be a 90-minute music video, a 90-minute demolition derby, or in the case of “Frankenstein’s Army,” a 90-minute haunted hay ride. And why the hell not? Who doesn’t like hay rides? Nazis, that’s who.

“Frankenstein’s Army” is a WWII found-footage horror movie about an English-speaking Russian brigade on a rescue mission behind enemy lines. Apparently a large amount of Russian soldiers have been captured and are now being experimented on by Nazis. One of the stipulations for this mission is that it has to be recorded. Since this is a found-footage film in WWII, the movie is shot on film (at least, in the story it is), so the cameraman has to carry a massive bag of film, dial in lenses instead of zooming, and change film magazines every six minutes. It’s neat when he changes film, because minutes go by before the picture comes back. 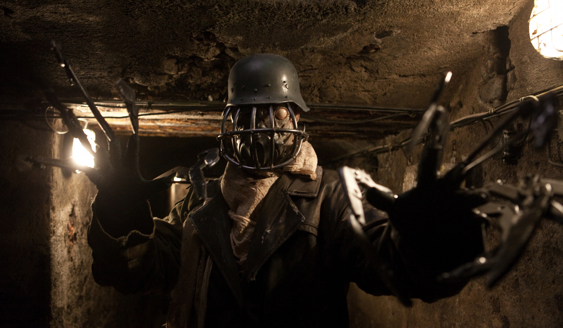 Little do they know that the experiments are being conducted by Victor Frankenstein’s son! He was contracted by Hitler to make super soldiers for the Nazi war effort. His creations aren’t the plodding Boris Karloff monsters that we’re used to, but decaying men with bladed weapons and mechanized tools graphed onto their bodies. They seemingly have little-to-no conscious outside of Frankenstein’s orders, so there is no inner turmoil for any of the monsters. They’re just hordes of violent grunts doing the bidding of a crazed scientist.

As far as production value goes, “Frankenstein’s Army” goes above and beyond what is asked for in the found footage genre. The locations and production design are lush with rusted details and the monsters look pretty damn cool. It’s always refreshing to see well-crafted creature designs created with practical effects. The World War II setting brings a bleakness that helps highlight the evil charm. I also liked that it was done on a film camera. I’m not sure if the film grain was added and they just masked a digital camera as a film camera, but it looked good. 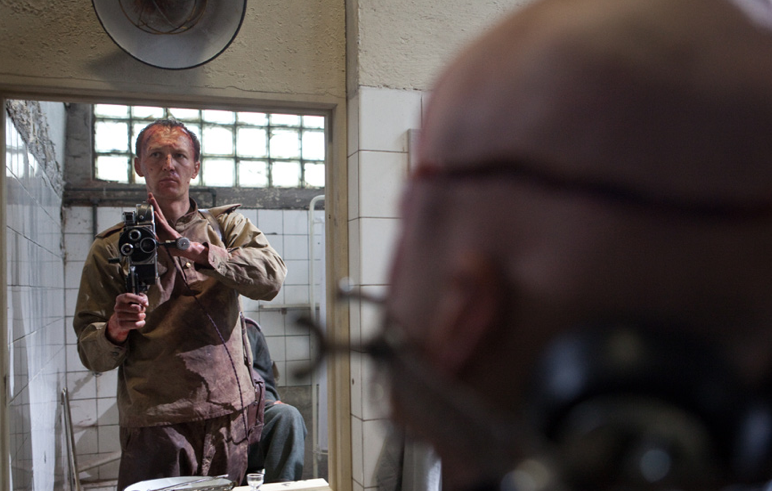 So, how was “Frankenstein’s Army” as a whole? Eh, well, it was certainly not a bad movie. There’s just not much beyond the monsters attacking the camera. After the first wave of Frankenstein monsters attack the camera, it’s pretty much the same scene over and over again until the end of the film. There are some twists along the way, but there isn’t a revolution grand enough to supersede its gimmick. As far as characters go, I’m not even sure what their names were. I just wanted the douche bag of the group to die. The story’s not terrible either, but it does feel like a reluctant stepping stone just for things to attack the camera.

Anyway, when it comes down to it, I’m not really sure what else there is to say about “Frankenstein’s Army.” All the archetypes are there to hold the movie together with metaphorical duct tape and surgical staples. I can’t say I was ever bored throughout the entire 80 minutes. If entertainment is the soul purpose of this movie then hey, you did it! This movie’s priority just seemed to be about making an insane trailer so gullible gore hounds like me would go watch it. In that case, you won “Frankenstein’s Army,” you won.

The Best Goddamn Store on the Goddamn Planet