After waking up in a one night stand’s apartment, Julio is on his way out when he discovers something is quite wrong. He and the girl of his dreams, Julia, missed not only the arrival of an alien horde, but the city of Madrid’s entire evacuation. (Must have been a fun night for these two.) This sets up a deserted-island situation where only a few stragglers who haven’t evacuated and they’re all forced to interact with each other.

The first straggler they see is next-door neighbor, Angel, a pest of a man who stalks Julia and hasn’t evacuated because he knows she hasn’t left. Angel comes back only after the fourth and final actor comes home: Julie’s boyfriend, Carlos. He has just returned from one of the evacuation points with tales of aliens impersonating humans. Julio is obviously stunned to learn Julia as using him to cheat on her long-term boyfriend. Before he can politely remove himself though, Carlos invites him and the eavesdropping neighbor, Angel, to dinner. 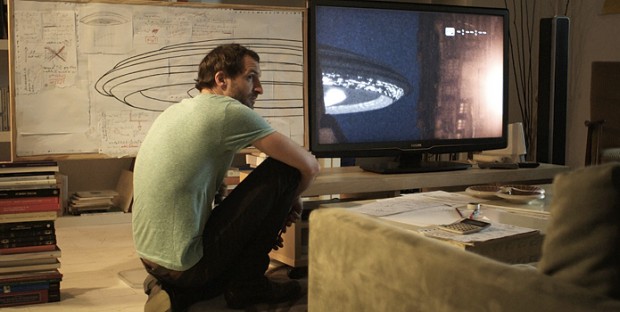 At this awkward dinner, Angel learns about the relations behind Carlos’ back and tries to spill the beans in an attempt to break them up. This is the point of the movie where the deserted island mentality takes over: Julio and Julia convince Carlos that Angel can’t be trusted and could potentially be an alien. They team up, tie Angel up, and send him away before he can ruin the relationship.

With only three people back in the apartment, Julia and Julio start to further their relationship while Carlos is sleeping or getting supplies. They begin to get bolder and more serious with their actions, but Carlos is too caught up in survival mode to see what is happening right under his nose. The filmmakers do a great job with their first on-screen kiss just after the power goes out. Carlos can’t see in the dark room as he make his way in. It’s a classically funny moment and certainly well executed.

Carlos removes himself unintentionally by leaving them along with no explanation. Julia is worried and locks the door. Carlos realizes, on his return, that he can’t be trusted by the others and leaves to try and prove he really is a human, not a shape-shifting alien thingy. 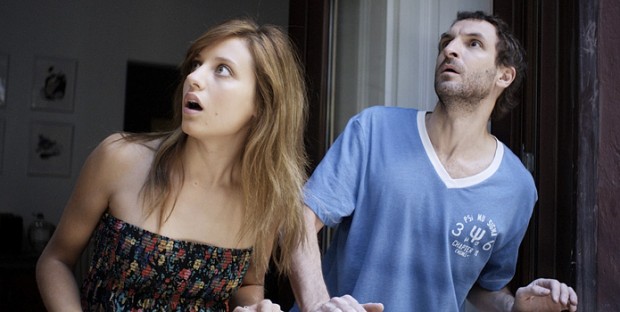 We are quickly taken back to the dark humor as Angel sets up a tennis ball machine across the street to shoot balls with the message ‘Julia folla con Julio’ (Julia’s Fucking Julio). While they’re along, Julia and Julio have a moment to talk about their relationship and her first time cheating on Carlos. Meanwhile, Angel has clearly lost it and consistently harasses the couple until they threaten to blow up his building.

Carlos going completely commando out on his own in Madrid. He single handedly takes down buildings, takes over a repeating survivor television broadcast, and becomes feared throughout the surviving population of Madrid.

Carlos and Angel give fantastic performances co-staring in this film. They help Julio and Julia shine as a young couple struggling with the stressors of life, even when they are broken down by an alien invasion you never actually see. 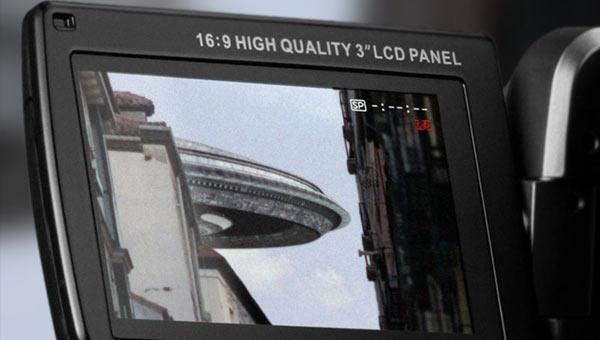 All told, this dark romantic comedy is a great DVD watch. After a second viewing I picked up a ton of smaller jokes and moments of really strong filmmaking.