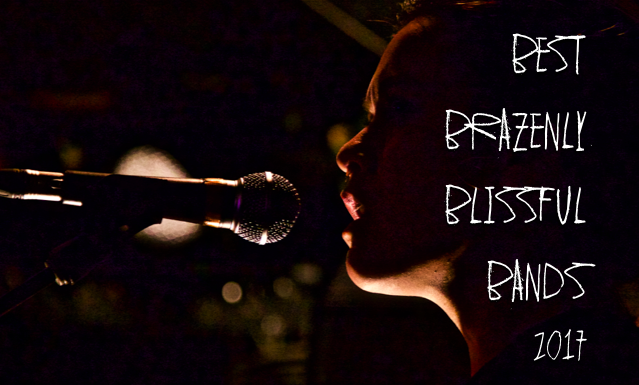 This column is a new frontier for everyonequestion.com, but I would like to highlight some of the more eclectic up and coming bands I’ve seen in 2017. Of course, I haven’t seen every live show that came to New Jersey, Philadelphia, or Toronto, but there were a ton of bands that caught me by surprise. So, for the first time, and probably the last, “”Best Brazenly Blissful Bands” 2017! (Title pending).

North is a rhythmic sludge-metal band that wears its jazz influences on their tattooed deltoids (they have a lack of sleeves). Where the majority of sludge is a grinding and nebulous experience, North’s tempo changes and walking bass lines complement the distortion for a deceptively clear show. 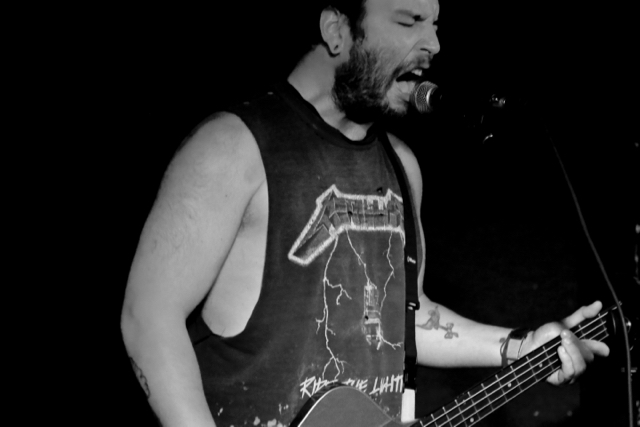 Some people think if you’re parodying something, you get some leniency on quality. Fuck that. The quality of satire has to directly reflect whatever you’re parodying. “Naked Gun” looks like a solid cop drama, “Tenacious D” is a damn good metal band, and Weird Al is second to none when it comes to the accordion. Psychostick just so happens to be as hilarious as they are talented. With songs about Tacos, Beards, and Bacon, Egg, and cheese with sriracha sandwiches, you’d have to be a sadist not to relate. 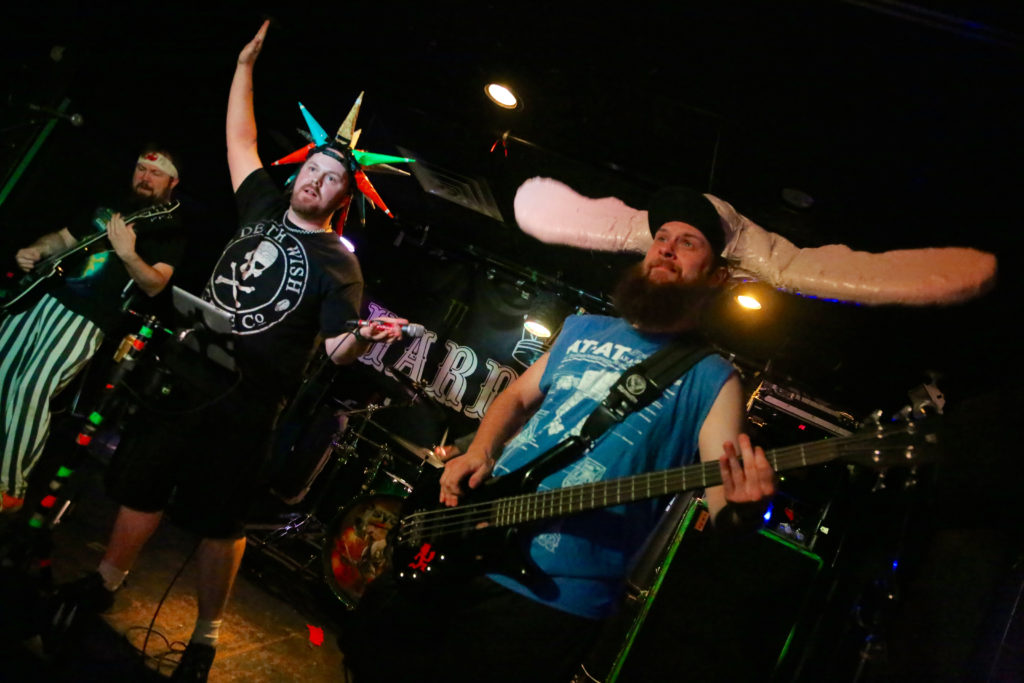 Bad Channels is damn near genreless, but I’ll try; Bad Channels is the electronic yet symphonic cyber wave punk band…with ambient tones…and harmonizing voca- Ah fuck it! They’re great, just check them out. All I know is that I have a depth issue with most electronic bands and DJ’s. Bad Channels is not even in the same solar system of that problem. They are an utterly immersive sound that ebbs and flows within their chord progressions. 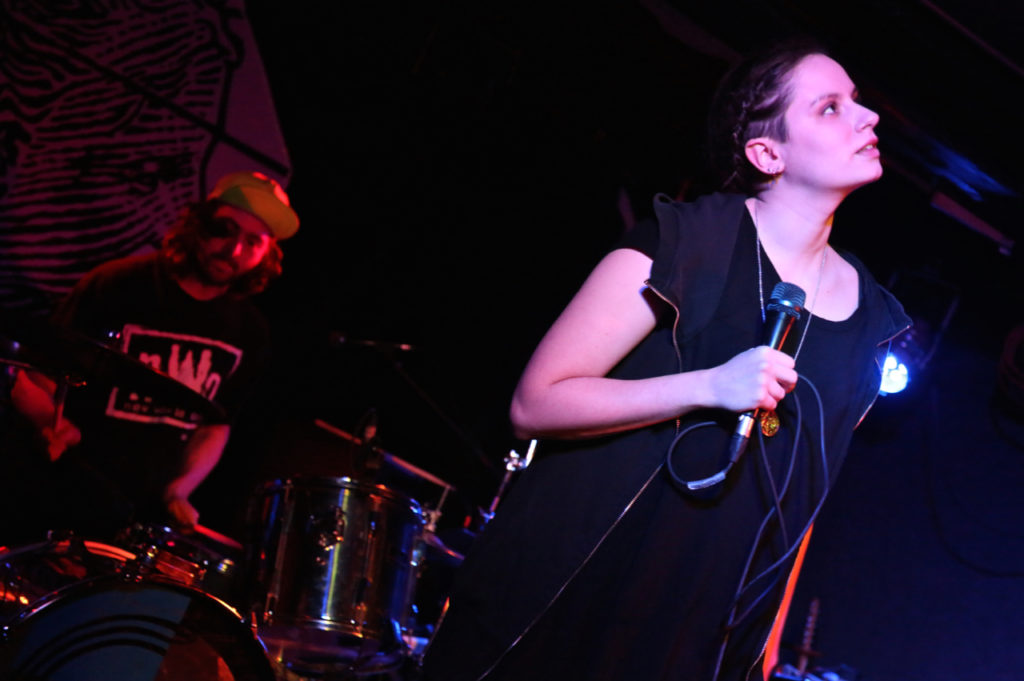 Remember when I said “Bad Channels” was genreless. Well, get ready for the undisputed champion of genreless…Muffler Crunch. Muffler Crunch is the grinding rock duo that blends “Heart” like power vocals, vocoded voice harmonies, and sounds I didn’t know could come from a guitar. Their dynamic music is excellent with some earbuds, better through high-end speakers, but damn near transcendent live. Their intensity on stage is hard to describe, but I was worried that the guitarist would combust into a raging man-shaped fireball. 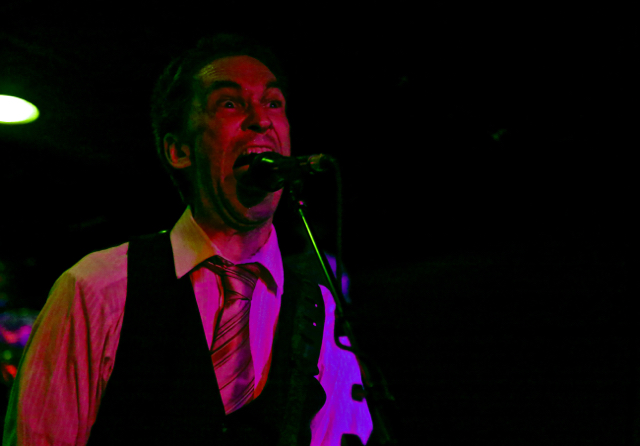 Who doesn’t like a good old-fashioned punk band? Playing as fast as possible with lyrics ripped out of a Farley brothers movie, FuckHawk is just a joyous experience. Seriously, if you just want to throw a flaming couch off a roof and stop giving a fuck; Fuckhawk’s for you. 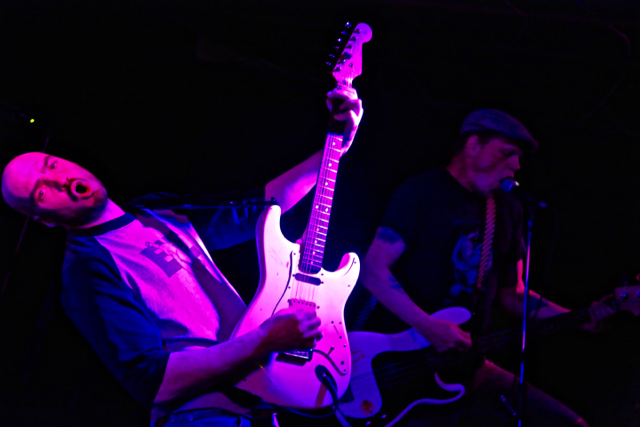 Ziggy Stardust was never evil enough for me. Thank goodness for “Drab Majesty.” With  lyrics like Lovecraftian poetry, neo-gothic reverbed melodies, and an echoing cacophony of electronic harmonies; “Drab Majesty” makes me nostalgic for an era that didn’t even happen yet. Their stage presence is divine as they appear in surreal colors on a pitch black canvas and lull you into a melancholic trance of joy/sorrow. 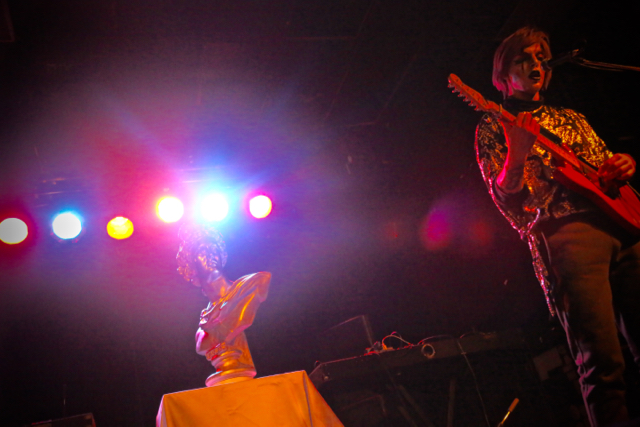 You can finally mosh to a saxophone. Saxophone? So this a swingy Jazzy metal amalgamation? No, not really. It’s more of a speed-metal/punk band that uses instruments other than a bass, a guitar, and drums. Seriously, there are more instruments than I can count. Branch out! I wouldn’t even call them experimental. They’re just incredibly talented musicians, merging their expertise and disciplines to do whatever the fuck they want. 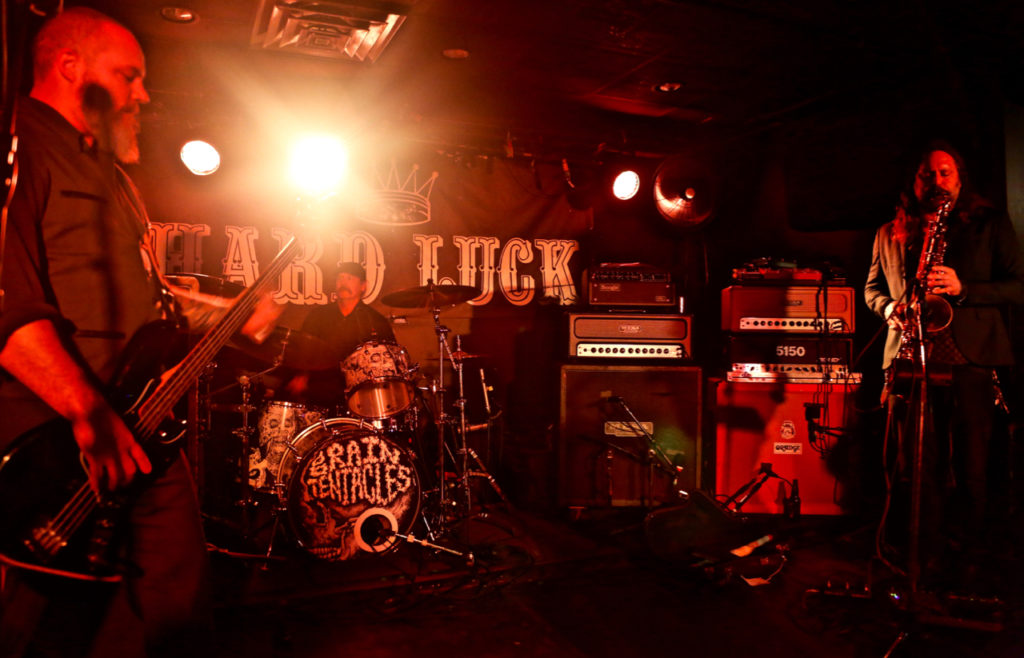 Zenn-la is a five-piece hip-hop band that effortlessly interweaves rhythm and blues riffs with acid-rock hooks. It’s the 70’s and 90’s transition that never happened. They’re still in their infancy as a band, but they’re already a slick live show and time will only aid them evolve their sound. Plus, I can always condone a Silver Surfer reference. 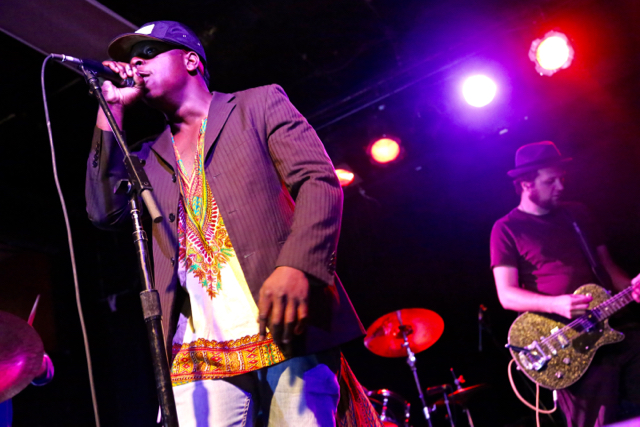 Ah, Germaphobes. This warm hug of a band will melt the ice-y black heart of the crankiest  misanthrope…except for maybe Rush Limbaugh. Anyway, with angelic vocals, smooth bass lines, and a surplus of charisma, Germaphobes is almost an overload of pleasant. You know what, I take it back, Rush Limbaugh would also like Germaphobes. 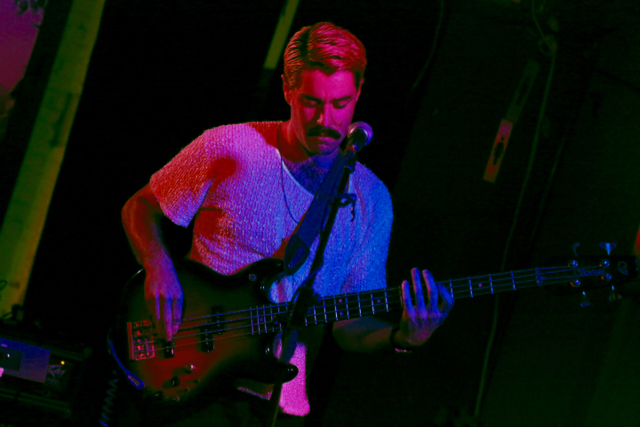 Terrible and The Horribles: 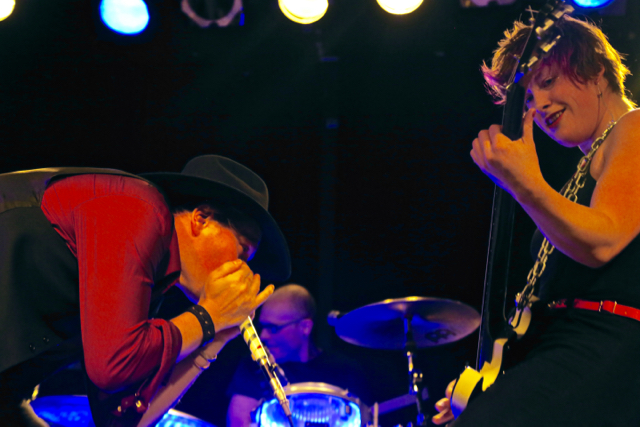 Their band name is earned as its singer’s ethereal voice pierces through a grinding vortex of feedback and triturating percussion. It’s a perplexingly soporific show as I wasn’t sure how much time passed when the set was over. With the tsunami of noise crashing upon you, Big/Brave crescendos to absolute silence, recruiting oblivion as one of their instruments. 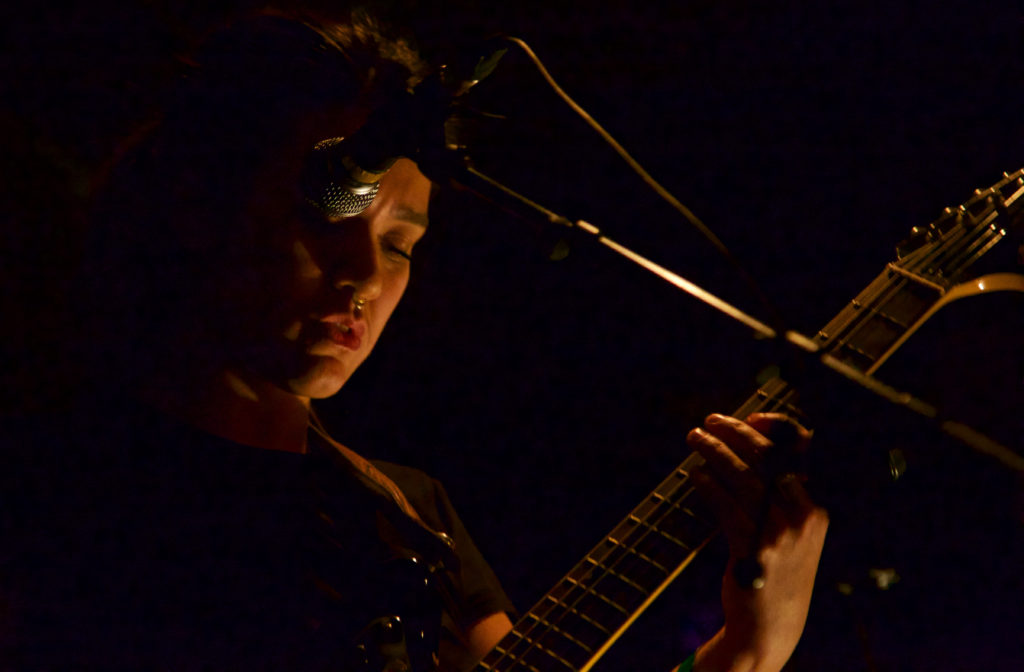