“Beasts of the Southern Wild” Review

I guess if a movie totally changes your perspective on a certain person, place, or thing then it’s at least pretty good. “Beasts of the Southern Wild” managed to broaden my perspective on parenthood, lifestyle, and imagination. It was so easy to get lost in the authenticity of the emotions, circumstances, and locations that the giant prehistoric super boars didn’t seem too out of place to me.

“Beasts of the Southern Wild” stars a spirited six-year-old named Hushpuppy (Quvenzhane Wallis). She lives on a secluded island on the other side of the New Orleans levee. They call it “The Bathtub” and it seems to be a cross between a shanty town and dead Transformers. Raising Hushpuppy is her never-quiet and ill father, Wink (Dwight Henry). He’s not necessarily abusive, he’s just a very loud human being. 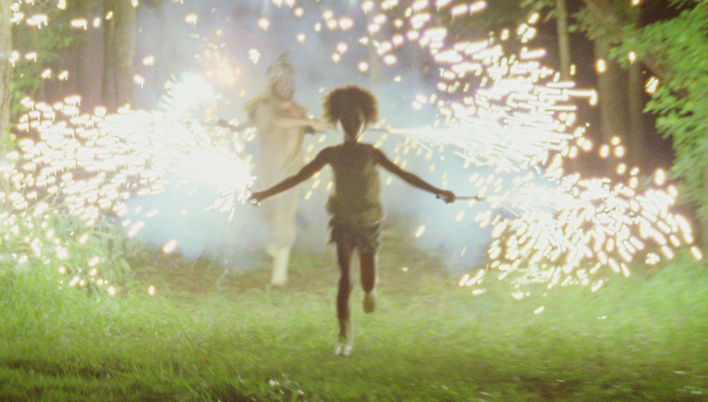 This is Quvenzhane Wallis’ movie. It’s Hushpuppy’s poetic ballot of self-discovery and maturity. She’s in a unique situation, being forced to adapt to her surroundings. With her father’s illness, an oncoming storm, and the possible threat of giant boar monsters, Hushpuppy has a lot on her plate for the age of six. Wink knows this and molds his parenting skills to her situation. Early on, I considered him a semi-abusive parent, but his actions are derived from love as he prepares her for a life without him. I’m not declaring him a perfect dad, but he does have enough foresight to know it’s only going to get harder for Hushpuppy.

The movie is entirely from Hushpuppy’s perspective and she’s practically in every frame. Looking through the eyes of a six year old that has lived on an island secluded from the 21st century can make the world seem fairly mysterious and horrifying. I was a bit uncomfortable being introduced to the bathtub. At first, I was thinking “These native misanthropes are so barbaric and uncivil,” but after a few minutes I was lost in the raw poetic wilderness. They really “Dances with Wolves’d” me.

I’m trying to remember my level of comprehension at six and I can recall realizing China was not a different planet. I’m not sure how old Quvenzhane Wallis was when they filmed “Beasts of the Southern Wild” but I’m pretty sure I would have had no idea what was going on. To see a performance that entails such a high level of emotion and complexity from someone so young is mesmerizing. What a brave performance by Quvenzhane. She’s truly a force of nature. 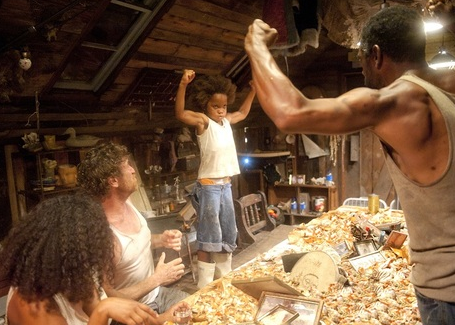 The praise of young Quvenzhane Wallis should not distract from the other performances. Dwight Henry, Jonshel Alexander, and Marilyn Barbarin all pitch in Academy-caliber performances in a truly remarkable achievement of filmmaking. Dwight Henry had to take a hiatus from his bakery business to act in this movie. That’s just damn inspiring.

Watching this movie was baffling to me. I can’t say I have seen anything like it and I can’t say that for many other movies. I’m curious to see how this movie does with a general audience. The reviews back from Sundance have been shining but I want to see if the charm can transition into a wider audience. “Beasts of the Souther Wild” hit very basic emotions, without being pretentious, and it hits them exceedingly hard. Seeing the Hulk throw a car is neat, but it’s nowhere near as powerful as seeing Hushpuppy eat a crab.

– In an interview, Quvenzhane Wallis said that the movie making experience was “easy.”

– The giant boar effects looked like they genetically engineered actual prehistoric super boars instead of CGI’ing them.

– The aurochs were probably an imaginative metaphor, but it would probably make little difference if they were real.