You can tell from the opening credits that “Argento’s Dracula” was a movie made by a group of people who just didn’t give a shit. The credits consisted of motion-less red text in a barely legible font on a black background. The same apathy present from the start is consistent with the rest of the movie. This is truly a vampire movie that sucks on every level, but the thing that makes it unforgivable is that it’s terrible by choice. This is not an example of failing to hit the mark – that would have required an attempt to get near the mark at all. Pfffttt… “a vampire movie that sucks!” Hahahahaha.

This is the re-telling of Bram Stoker’s classic “Dracula.” A young solicitor named Jonathan Harker (Unax Ugaide) heads to Count Dracula’s castle to catalogue his library. Dracula (Thomas Kretschmann) himself is a gracious host until he reveals he wants to eat Jonathan. Jonathan flees the scene and Dracula turns his sights to Jonathon’s finance, Mina (Marta Gastini). Transfixed and love sick, Dracula slaughters his way to Mina. With no one else to turn to, Jonathan seeks aid from a professor named Van Helsing (Rutger Hauer), who has a history with the monster.

The major difference between Bram Stoker’s book and this retelling is that Dracula doesn’t travel from Transylvania to England. This movie never leaves Transylvania and that’s just fine. Him being in England was never too crucial to the original story. Also, in previous Dracula lore, Dracula could turn into a bat, a wolf, rats, and even mist. This movie version of Dracula takes that extra step further, turning him into an owl, multiple flies, and a giant praying mantis. Honestly, who gives a shit what he can and cannot turn into? I’m fine with Dracula being able to do whatever the hell he wants.

Anyway, while I was watching this movie I just had to look up who the cinematographer was. This movie looked so incredibly bland and uninspired that I swore it had to be some college student. Every shot seemed to be done with a wide angle on a tripod at whatever the height of the camera operator was just for the sake of convenience. Not the case! The director of photography was Luciano Tovoli, Argento’s right-hand man. Really? This was the same guy who shot “Suspiria?” “Suspiria” is a visual masterpiece. Then again, the same could be said about every department. The production design looked like something out of a soap opera, the visual effects were below the standards of a SyFy original movie, the performances were clearly done for the paycheck, and the color grading didn’t even look like it existed. Shots would be washed out and over-exposed and the reverse looks were filmed like they were in an entirely different location. 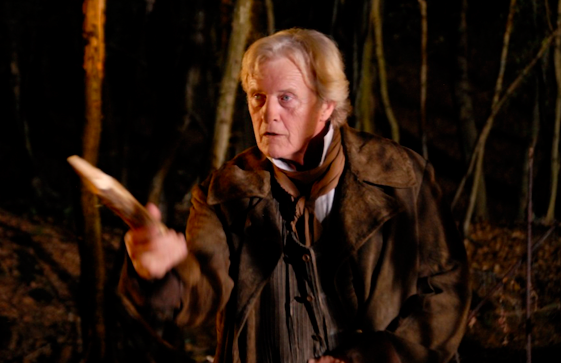 If I saw this movie at a low-rung film festival and it was produced by a group of micro-budget college students, it would have been totally passable. They would have been doing the best they could with what they had. It’s an ambitious project if you have absolutely nothing, but this team had everything! Genuine and proven talent from top to bottom worked on this movie. It doesn’t seem possible! Ugh… it’s frustrating… I liked the score though.